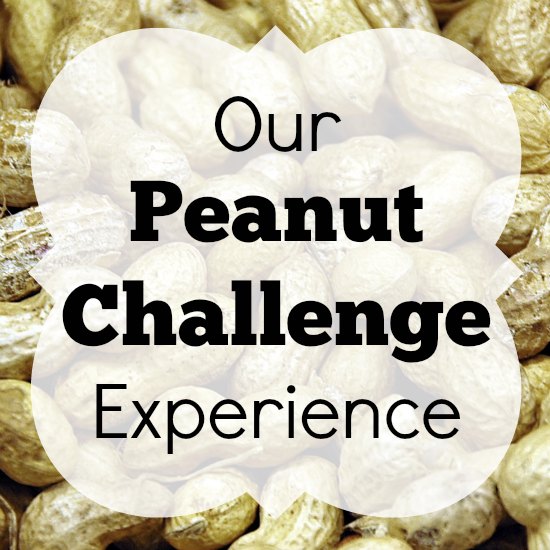 My daughter had her first reaction to peanuts when she was 20 months. (You can read the whole story here).  I had eaten peanut butter off a spoon, and she picked up the spoon and touched it to her lips, and her lips swelled immediately.  Once her reaction was managed (spending a night in the ER), and we had allergy testing (both blood work and skin testing), we knew that she had a peanut allergy and environmental allergies.

We go to our pediatric allergist yearly, and earlier this year, he did skin testing which showed to be less reactive to peanuts.  Because her bloodwork showed certain numbers, and her skin reactions had decreased, my daughter qualified for “the peanut challenge”.

We got to the office at 9am.  The challenge literally begins by eating peanut butter on a small cracker. 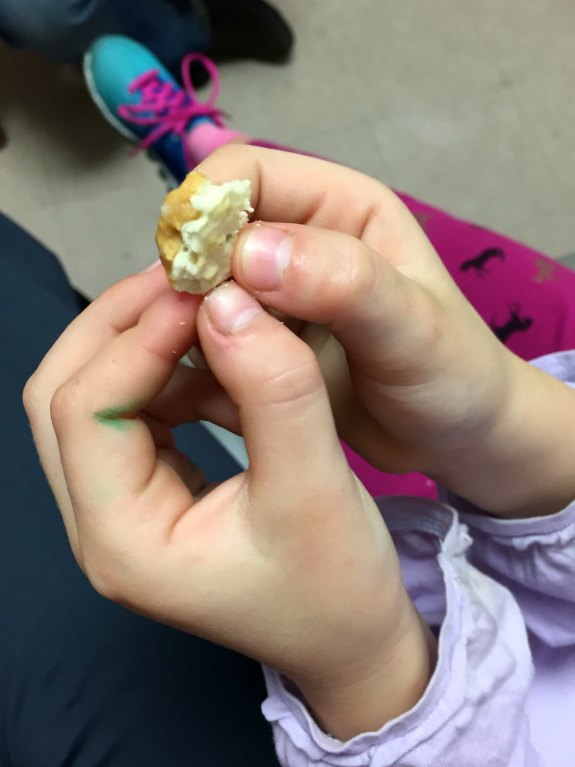 I can’t begin to tell you how scary this is!  However, she ate the cracker and seemed fine. 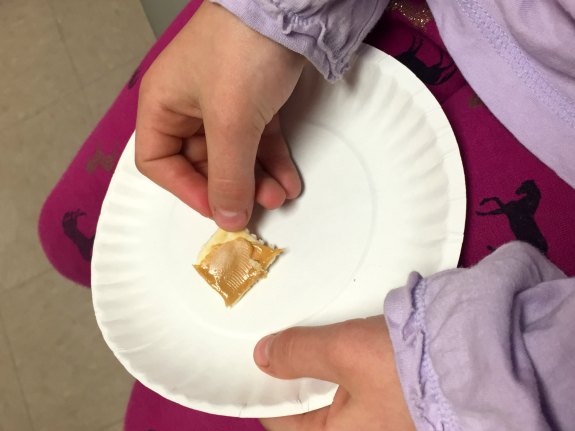 Since there was no reaction after the first cracker, the test continued with the choice of peanuts or more peanut butter crackers.  After choosing peanuts, my daughter ate two and we continued to hang out. 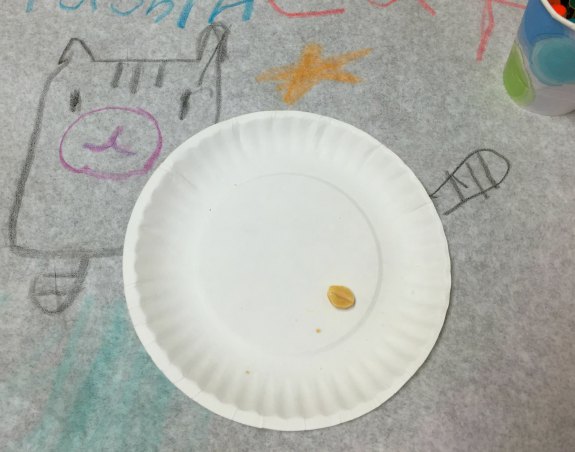 Everything seemed to be going ok, but then my daughter said her mouth was feeling itchy.. and her stomach didn’t feel great.  I got the Doctor, who said he would get some Benadryl, as itching was normal.  He also got a container out in case she got sick.  I also pointed out that I could see a small bump near the side of her mouth, which none of us could tell if it was a hive, but we would keep an eye on it.

My daughter took a dose of Benadryl, and complained she definitely felt nauseous.  Sure enough, she was sick to her stomach.  The nurse immediately got the Doctor.

Once a reaction to food involves vomiting, you need to administer epinephrine.  My daughter was not happy about this, but after the momentary injection, she was fine.

As soon as she had her epinephrine shot, my daughter went back to playing games on the iPad.  I could see that her hands were shaky, but she said she felt fine, and after about 15 minutes, it did seem to wear off.  (Which is exactly why we ALWAYS carry two Epi-pens – they will last 15 minutes!  Should she have needed another dose, and we were not near a Dr or paramedics were not to arrive yet in an emergency, this is key!).

The epinephrine worked great, so after staying a while to monitor my daughter, she took a dose of prednisone, and we headed out.

We were really disappointed, and surprised too, since it seemed like the test would go smoothly.  However, my 6-year-old is such a positive little girl, and she didn’t let the test get her down.  We are also staying positive since there is still the possibility she will outgrow the allergy.

The tough part is that we had talked about a little “post peanut challenge” bucket list, like going out for ice cream or going to the chocolate factory.  The reality is that there are just so many things that my daughter has to avoid because of her allergy, and so many situations that make us anxious.  However we have learned to handle it and it is a part of life.