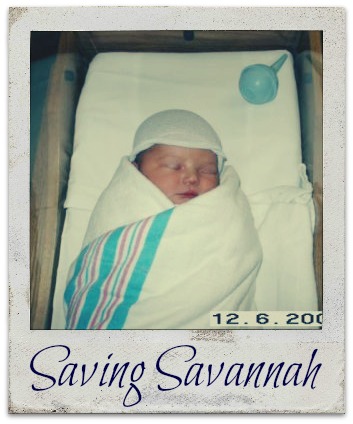 I am one of the luckiest Mami’s in The Village, because of the “Gift” that I received from another Mom… a Mom I may never meet but who changed my life with her decision.  A Mom whom I think about daily.  A Mom who brings tears to my eyes as I type these words…

Three years ago I would have read a post or article about organ donation and thought, “I am an organ donor – I have it on my driver’s license,” but never would I have given it a second thought.  I certainly wouldn’t have brought up the conversation with my hubby….at least not a serious one.  I think I was a pretty typical organ donor.  I knew it was the right thing to do, but never really spoke about it. Little did I know the journey our daughter would be facing. Little did I know how much she would change the way I look at the gift of organ donation.

She had all 10 fingers and all 10 toes.  She was here and she was perfect.  What more could a new mom ask for?  But at four months old, we were told our daughter wouldn’t live to see her 2nd birthday unless she received a liver transplant by her first birthday.  You see, Savannah was born with Biliary Atresia, a rare liver disease affecting approximately 1 in every 15,000 births.

I remember when she was first diagnosed.  The pediatric GI looked us in the eyes and told us that our baby was sick, very sick.  We got in the car, and at some point between the tears we decided to take her to the beach for the first time – this day would not be all about the tears.

We soon learned that Savannah would need a liver biopsy to confirm the diagnosis.  This was to be the first of many hospital visits.  When the surgeon came out he said, “My heart skipped a beat when I felt your daughter’s liver.” He then placed the photos of her liver on the table.  My heart stopped.  Simply put, my perfect and tiny girl was dying.

After finding and choosing a hospital that specialized in pediatric transplants, The Children’s Hospital of Philadelphia (CHOP), we flew to Philadelphia.  I remember airport security putting me in a machine that blows air, testing all of our formula.  They wanted to know why my baby had an IV sticking out of her arm.  I remember the angry people behind me making statements such as, “You should learn how to speak English if you are going to travel in the U.S.”  They couldn’t see that just a few months prior I had been in a doctorate program.  But they were right – I couldn’t speak English.  I couldn’t speak at all.  Following the security officers, I did as I was instructed while I holding my dying baby.  If they only knew…

At CHOP Savannah was placed on the waiting list for a new liver.  She had a PELD score.  And then it hit me.  All of this medical terminology that was being thrown around meant that she was losing her fight.  PELD stands for Pediatric End Stage Liver Disease.  How can you be at your end stage of life when you are only 4 months old?

I prayed.  I begged GOD to take my last breath as to give it to Savannah.  I held my child and tried to will the liver disease into my own body.  I wanted to fight this for her…but this was not to be.

Over the next 8 months as we waited for a match, Savannah lived in liver failure.  There wasn’t a lot that doctors could do, and I had to stay at home with her to keep her from germs (if she had an infection, she could not receive a transplant if and when the time came).  We did our best to keep life happy between the vomiting, diuretics that would bathe her in urine, feces stories that I am trying desperately to forget, and many hours of tears and medications.  Since we didn’t know if she would live to see her first birthday, we celebrated her 6 month birthday.

After Savannah’s last hospitalization in St. Petersburg, we feared receiving “The Call” and not being able to get our precious child to Philadelphia in time.  It was then we made the decision to separate our family – Robert in Florida and I with Savannah at the Ronald McDonald House in New Jersey (20 minutes from CHOP).

On December 29, 2007 we had driven to Maryland to visit family and friends for the holidays, and were invited to stay overnight.  But Robert insisted that we head back “home” just in case, and noted every hospital on the GPS along the way.  I was losing hope.  A hundred thousand people are on that waiting list, and 18 die every day while waiting.

As soon as we arrived at the Ronald McDonald House that night, we received “The Call”.  It was time to get Savannah to the hospital.  There was an immediate joy and then simultaneous tears.  I knew my baby was getting a chance at life only because another had lost theirs.

I wrapped her in her prayer blanket and held her tightly.  I didn’t know if she would live through the surgery.  How would I be able to hand her off to the surgeon?  But then again if I didn’t, she wouldn’t live much longer. 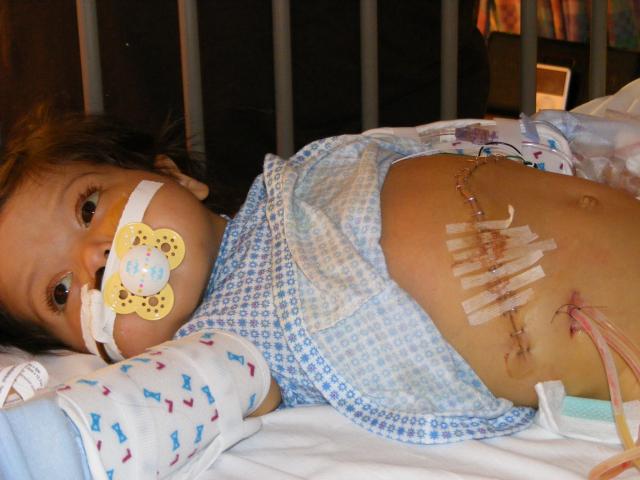 After what seemed to be both an eternity and a mere few minutes, the surgeon came out and told us that the transplant was a success.  However, it was by no means a cure. Though it would be a roller coaster ride for her entire life, I was so grateful for being given the chance to be on that ride.  All because our donor angel’s family said, YES.  YES to saving the life of a stranger.  YES to allowing my daughter to live.  YES to the Gift of Organ Donation.  On this day, my heart began to beat again. 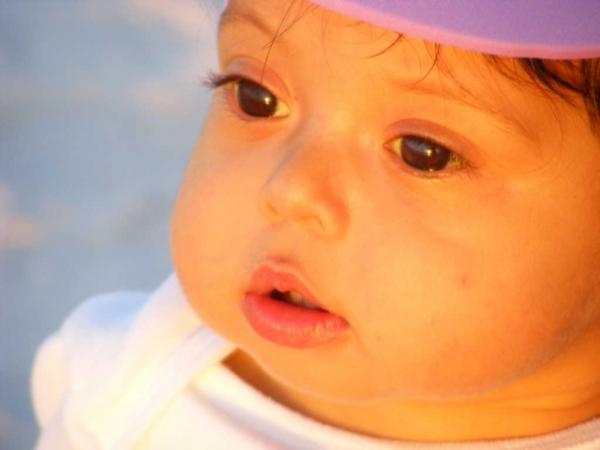 Say YES to organ donation, to saving someone else’s life, to leaving a legacy of life. 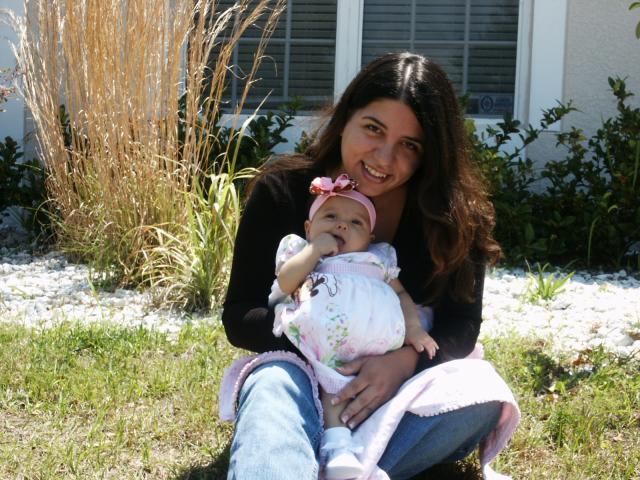 Ana Anselmo was a Doctorate student in Clinical Psychology until the diagnosis of her daughter with Biliary Atresia.  She is now a blogger running Florida Frugal Family and spear heading her family’s mission to pay it forward on Mami on a McMission.  Ana Anselmo is a Wife, and an Organ Donor advocate but her proudest title is being a “Mami.”

She hopes that the story she shared raises awareness of organ donation.  Please take the time to visit and follow M.O.M. to see how Ana wants to pay it forward and how you can easily get involved.